Transformers are the Transportation of the Future 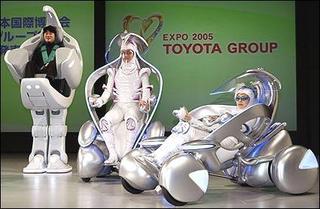 Today in Kyoto, Japan - Toyota unveiled its latest offering for the Hybrid market.
The new single person vehicle is designed to serve as both a pedestrian
"walker" and a four wheeled "car" transforming at the push of a button.
The i-ride, as it is tentatively being called pending clearances from Apple, will be powered by an industrial grade mix of chicken excrement and everyday cooking oil. "It is going to change the way we look at
transportation and the human body" gushed one Toyota engineer. Toyota
executives announced that production would begin in Japan in late
November. In related news, the state of California has already passed
a bill (b1657) allowing the i-ride access to HOV car pool lanes (when in
car form only).
Posted by woobot at 3:19 PM No comments:

This morning I had the opportunity to go over to Stage 23 on the Warner Brothers lot. Inside the unassuming sound stage, I found parts of the white house at every turn. The set was massive, built out to the stage walls in some places. We entered as they were doing a take. I wasn't sure who was speaking, but the political jargon flowed and then cut was called. As we approached the Oval Office, I discovered that the speaker was none other than Lily Tomlin. I don't watch the show, so that was news to me that she was making an appearance. And then sitting at the desk was Martin Sheen (he's really short). No, not Martin Short, silly. Anyway, while walking around, you can't help but be impressed by the details in the set. Very nice.
Posted by woobot at 2:05 PM No comments:

"The art world tends to be driven by its market, and throughout the '50s and the '60s it was a relatively small art world with dealers and collectors and one or two small museums. It was during that period that the most powerful and permanent American art in this century was made—from Abstract Expressionism and Pop, to Minimalism and Post-Minimalism. It was, in a real sense, a great Mediterranean moment created by 4000 heavily medicated human beings. And then in the late '60s we had a little reformation privileging museums over dealers and universities over apprenticeship, a vast shift in the structure of cultural authority. All of a sudden rather than an art world made up of critics and dealers, collectors and artists, you have curators, you have tenured theory professors, a public funding bureaucracy—you have all of these hierarchical authority figures selling a non-hierarchical ideology in a very hierarchical way. This really destroyed the dynamic of the art world in my view, simply because like most conservative reactions to the '60s it was aimed specifically at the destruction of sibling society—the society of contemporaries." - Dave Hickey
Posted by woobot at 2:04 PM 1 comment: 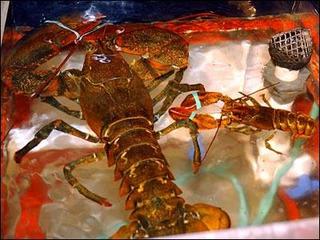 A twenty pound lobster, named Bubba, was caught offshore in Maine Tuesday. Bubba, seen here posed next to an unnamed normal sized lobster, was slated for transport to an aquarium, or some other happy place for lobsters. But since none exist, he was eaten. Sorry Bubba.
Posted by woobot at 2:33 PM No comments:

Party with the Cobra? 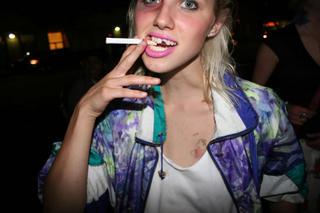 Recently found out about the one guy who is making a living off his photoblog, the cobrasnake . The author, Mark, apparently dresses like a goof (see: trade mark sweat band and afro) and infiltrates "Big parties/events" and slithers around, taking shots. Anyway, its a pretty good site if you like to see drunk people acting silly...I believe you can also see Mark's work on those American Apperal ads. If you really want to get out there's club reccomendations (kinda) on his email section. And his "adventure team" section consists of photos of the homeless...if you're into that. There's plenty to see. Check it out.
Posted by woobot at 1:43 PM No comments: 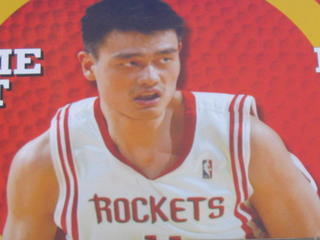 If you haven't checked out the trailer for the Yao Ming Movie then you really aren't having a good time, yet. Support the big guy, but don't download the Yao Ming screensaver, they might make fun of you at work. Peace.
Posted by woobot at 12:16 PM No comments: 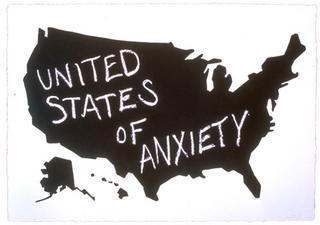 Scott Greiger is a tremendous artist. He's part neo-Dadaist, part master paint technician, a true artist's artist. He also helped establish west coast conceptual art during a time when conceptual art was thought of only as an ivy league east coast elitist art. His work is always thought provoking, mysterious, and beautiful. Check out his site and look for his take on consumer culture, and other oddities.
Posted by woobot at 11:02 AM No comments:

Found On the Ground 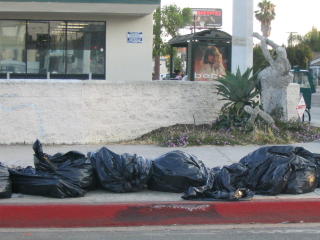 A veritable trash bag massacre found at Robertson and 13th. What happened?
Posted by woobot at 9:56 AM No comments: 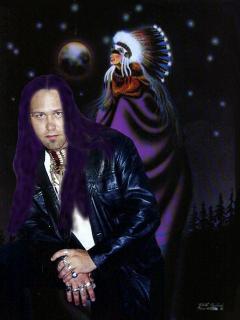 This is a real fella...and I love this picture. Check out his site, where you can find out about his history (he's been on Leno), his guitar pick collection, and his fabulous jewelry called the "Nightwind Collection". Perhaps you can also find out why his hair is photo-shopped purple. Link Here!
Posted by woobot at 6:04 PM No comments: 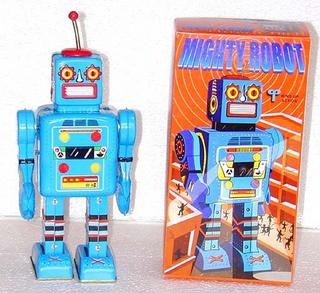 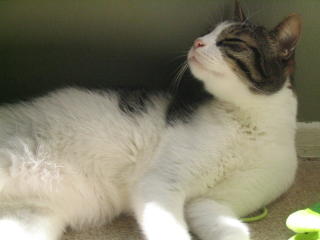 You guessed it, I'm a cat lover. This little guy's named Toos.
Posted by woobot at 8:55 AM No comments: 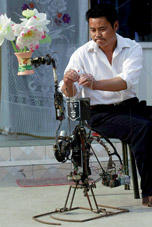 I located this great piece about a Chinese robot inventor who is destroying his rural family with his obsession for creating robots. Heres a bit: "On the outskirts of Beijing, in a small village of red-bricked farms flanked by rows of fields, lives an unlikely inventor. Wu Yulu, a 41-year-old repairman, builds robots of his own designs, using nothing but scrap and a fifth-grade education. He spends more than two-thirds of his monthly 1,000-rmb salary on an obsession that keeps him up at night and has plunged his family into debt." More Here!
Posted by woobot at 8:28 AM No comments: 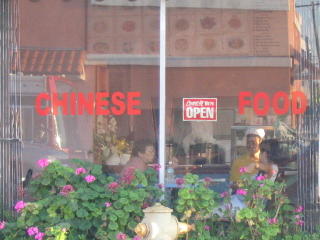 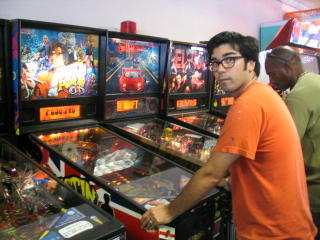 Blog author, Hunter Woo, has been playing the "Austin Powers" pinball game for nine consecutive hours. During play, he points to the Mike Myers image and yells, "Yeah Baby! Go Multi-ball!" Mr. Woo believes the game brings him good luck, due to an uncanny resemblance between himself and the title character.
Posted by woobot at 10:58 AM 2 comments: 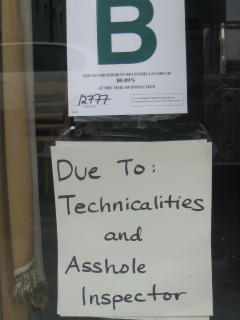 Santa Monica, CA - Manny Fiatso, the owner of "Little Italy" restaurant, wanted the public to know the truth about his restaurant's rating. "We serve a great Spaghetti Bolognese, and that health inspector was a vegetarian. What's a guy to do?"
Posted by woobot at 10:28 AM No comments: 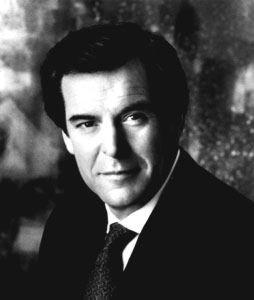 Peter Jenning's impersonator, Tad Dockwieler, was sad to hear that his "look-a-like" Mr. Jenning's had passed on.
Mr. Dockwieler is a used car salesmen living in Richmond, Va and used the extra income he made from
impersonating to fund his wife's kitty rescue program. Mr. Dockwieler said of the occasion, "I will be retiring, out
of respect to the Jennings family. No more will I tell fake news at dinner parties and surprise birthdays. I'm out
of the impersonating business."
Posted by woobot at 9:35 AM No comments: