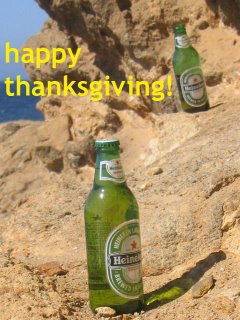 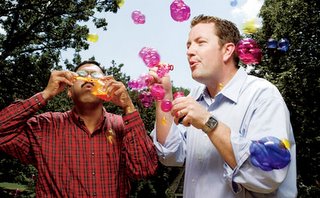 Chemical burns, ruined clothes, 11 years, half a million dollars—it's not easy to improve the world's most popular toy. Yet the success of one inventor's quest to dye a simple soap bubble may change the way the world uses color, read about the 11-Year Quest to Create Disappearing Colored Bubbles!! link
Posted by woobot at 7:26 AM No comments: 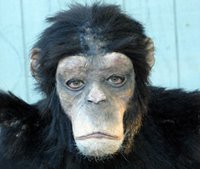 A local advertiser causes havoc... read here
Posted by woobot at 7:18 AM No comments: 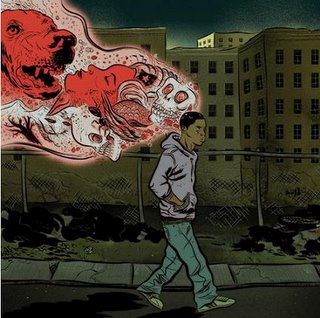 I really like Dave's illustration and work...plus it's a spiffy site. link
Posted by woobot at 7:22 AM No comments: 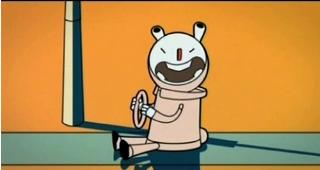 check this out great animation
The Characters in Motion DVD is a compilation of over 90 films by 60 international studios, artists and designers, divided into 3 programmes: characters in narration, characters in rhythm and characters in motion.
Posted by woobot at 7:17 AM No comments: 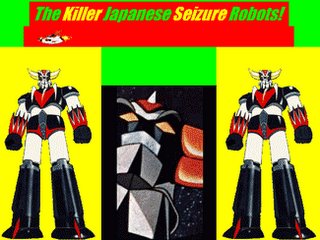 Seizure Robots are fantastic...although no seizures (fortunately) but very fun! Also, an incredibly cutesy song called la la la la las la i love you and if that's not enough...the interactive dancing asian guy is sure to make you smile...or scratch your head, one or the other...Kick Ass!
Posted by woobot at 7:07 AM No comments: 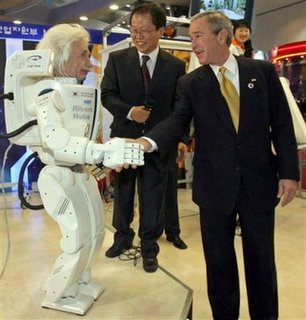 Bush's Korean tour guide decided to pull a prank and introduce him to one of Korea's new "heads of state", known for his intelligence and diplomatic ways. Bush gleefully saw the robot and replied, "Wow, he would make a great Supreme court nomimation, where can I get one of these?"
____
U.S. President George W. Bush shakes hands with 'Albert Hubo,' a 54-inch-tall, two-legged robot topped with a head modeled after Albert Einstein as leaders of the Asia Pacific Economic Cooperation (APEC) forum toured South Korea's hi-tech exhibition in Busan, South Korea, Friday, Nov. 18, 2005. (AP Photo/Yonhap)
Posted by woobot at 6:53 AM No comments: