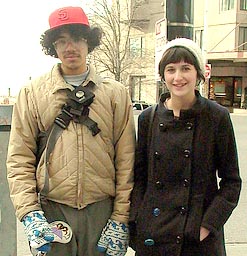 Here's a fun site where you can see what the kids are wearing at Trader Joes, Whole Earth Market, and other locales in Portland and "beyond". It reminds me of a time when I cared... Click here!
Posted by woobot at 11:43 AM No comments:

Too much for Gus 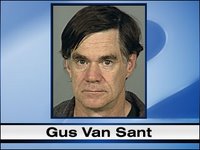 Well-known filmmaker Gus Van Sant, who has made many of his sometimes controversial films in Portland and is a local resident, has been arrested on charges of driving while under the influence of intoxicants, according to Portland police.
The arrest took place in Portland around 4 a.m. Thursday, according to Portland police spokesman Sergeant Brian Schmautz.
Many of his films were made in Portland and he is currently making "Paranoid Park" in and around the city.
Posted by woobot at 11:41 AM No comments: 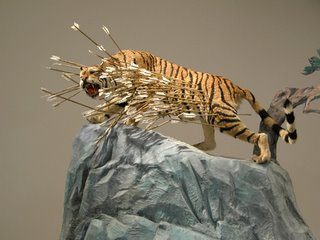 Cai Guo Qiang is an interesting International art star, who made built his career by utilizing gunpowder as his preferred medium. As you can see he has branched out and is making equally compelling work. I still like his work that involves big explosions or the traces of such explosions. Check out his other works in the link in his name.
Posted by woobot at 10:17 AM No comments: 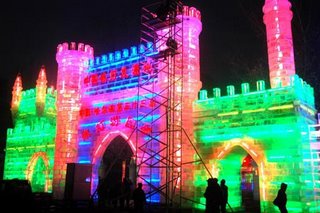 The 33rd Harbin Ice Festival is taking place, with spectacular sights and sounds will almost make you were in sub zero temperatures in Northern China, but not quite. More pics here
Posted by woobot at 3:52 PM No comments:

If you're looking for fun gift ideas, or just cool plush toys, look no further than Cupco's Four Norsemen! They also have other cool stuff, check it
Posted by woobot at 3:12 PM No comments:

Not to be outdone... 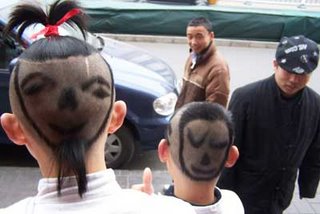 A Chinese restaurant owner thought it would be fun to give his employees funny haircuts, so that they would attract customers. I'm sure his employees really loved this one...
Posted by woobot at 1:01 PM 1 comment: 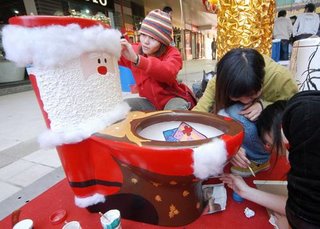 Someone told these people that a great way to decorate for Christmas is to give your toliet some holiday cheer... (actually this is a toilet decorating contest in China not exclusive to Christmas)
Posted by woobot at 12:50 PM No comments: