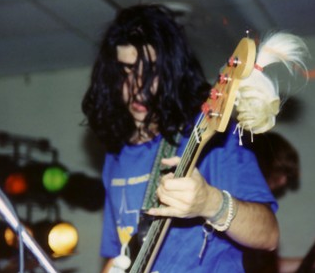 Have a great weekend.
Posted by woobot at 5:19 PM No comments: 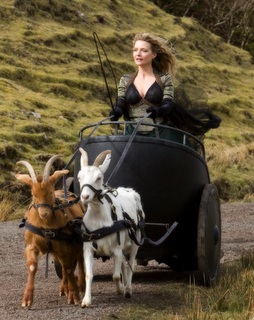 I'm not real familiar with Gaiman's work, and perhaps this is a good story, but this picture looks terrible. Ah, the goat chariot!

Stardust is an utterly charming fairy tale in the tradition of The Princess Bride and The Neverending Story. Neil Gaiman, creator of the darkly elegant Sandman comics, tells the story of young Tristran Thorn and his adventures in the land of Faerie. One fateful night, Tristran promises his beloved that he will retrieve a fallen star for her from beyond the Wall that stands between their rural English town (called, appropriately, Wall) and the Faerie realm. No one ever ventures beyond the Wall except to attend an enchanted flea market that is held every nine years (and during which, unbeknownst to him, Tristran was conceived). But Tristran bravely sets out to fetch the fallen star and thus win the hand of his love. His adventures in the magical land will keep you turning pages as fast as you can--he and the star escape evil old witches, deadly clutching trees, goblin press-gangs, and the scheming sons of the dead Lord of Stormhold.
Posted by woobot at 10:54 AM 1 comment:

Bad Day at the Dollar Store 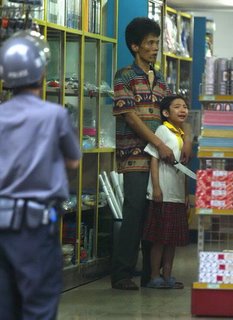 Posted by woobot at 9:19 AM No comments: 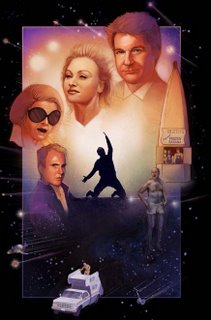 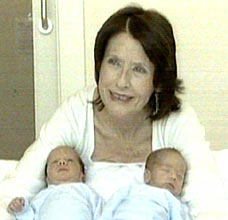 Have you heard about the 67 year old woman who just gave birth to twins? Read about the incredible births
here
Posted by woobot at 1:22 PM No comments: 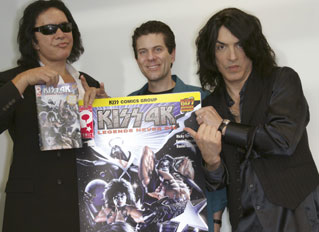 Say it ain't so... Looks like the guys in Kiss are planning on rocking the pages of comic books well after their time on earth is up. And I don't think that's a good thing... "Kiss 4K," the story of the transformation of Simmons, Stanley and other Kiss band members from rock stars to world-protecting warrior spirits, will debut as the world's largest comicbook, priced at $50. It will be the first comicbook-based property to simultaneously launch all of its merchandise in the U.S., France, Germany, Italy and Spain."
Posted by woobot at 12:45 PM No comments: 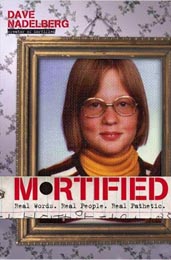 Check out these hilarious nostalgic angst filled journal entries from the past... Be sure to watch the video and feel the pain!
link
Posted by woobot at 9:20 AM No comments: 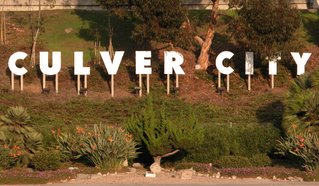 As some of you know, I have recently made the move to Culver City and as it turns out Culver is making a name for itself, as evidenced by this NY Times article on all Culver City has to offer. Check it out...
here and if you're in the neighborhood than you may want to read Triplecreme a food blog that takes a look at all the yummies in Culver City.
Posted by woobot at 9:03 AM No comments: 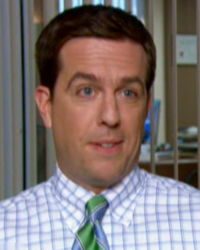 If you're a fan of the Office then you're gonna want to read this article about how the online episodes are the producers cut, and have more content than what NBC allows for. link
Posted by woobot at 8:46 AM No comments: