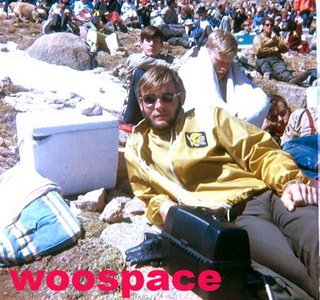 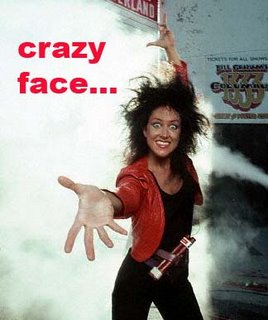 Wanna really freak out friends and co-workers? All you have to do is pull up images of Grace Slick, she is the master of the crazy face, as shown here... Note the stick of dynamite in her belt, EXPLOSIVE!
Posted by woobot at 3:35 PM 1 comment: 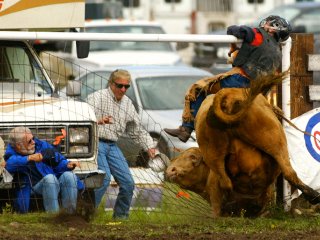 I found this photo both scary and hilarious because of the guy who almost gets a lapful of Bull, obviously Rodeo is a dangerous spectator sport. And Check this out, the site for the Double E. Guest Ranch in NM claims they offer classes in "cowboy mounted shooting", now that just sounds wrong... link
Posted by woobot at 3:11 PM No comments:

Jacob Hashimoto is distinctly American yet he is also involved with his Japanese heredity in a genuinely creative, rather than imitative, manner. His latest development in which, in place of cascading clouds of kites, there arise hills and waves, is as delicate as before. And, just as previously there was a sense of airiness rather than of oppression, so now there is a sense of being uplifted. The delicacy of his forms, whether they descend and envelop or expand and climb, creates as much a space for the spirit as for the body. To view his work go here
Posted by woobot at 9:25 AM No comments: 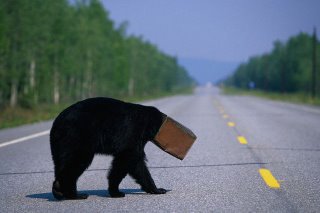 Thought this was interesting. Apparently someone got curious, not too smart crossing the road like that.
Posted by woobot at 1:41 PM 1 comment: 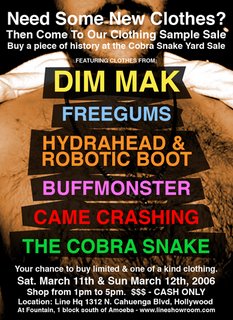 If you're in L.A. you may want to get some new threads, should be a good place to pick up a robot-T or two. Duds
Posted by woobot at 9:24 AM No comments: 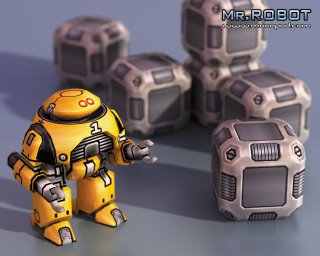 Found this image that I like, I think it's for a video game called "Starscape", something about online game play... If that's your thing, check it
Posted by woobot at 9:14 AM No comments:

Horse penis and testicles with a chilli dip...?

"The menu at Beijing's latest venue for its growing army of gourmets is eye-watering rather than mouth-watering." Okay, not only is that sentence really messed up, but so is the subject of the article... beware animal lovers... these dishes sound disgusting. link
Posted by woobot at 9:01 AM No comments: 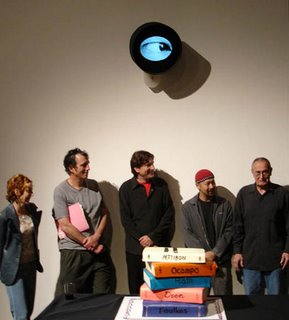 February 25 through April 1, 2006 at Track 16 gallery in Santa Monica. If you haven't seen this show, you can see good images of it here And the photo is of the artists with a cake made to look like books, "five stories high" apparently, Pettibon tasted best.
Posted by woobot at 8:52 AM No comments: 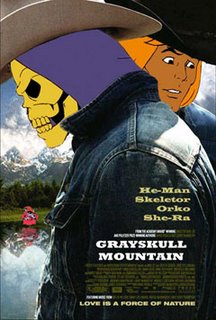 Posted by woobot at 5:22 PM No comments: 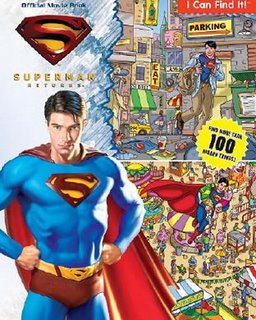 It's starting, a whole new generation will grow up not with Christoper Reeve as their image of Superman, but this guy? He looks a little off to me... And what's up with the Where's Waldo Superman rip-off? Anyway, for all things Superman check out this link Plus, theres some other really cheesy children's book covers... I don't know if I'm ready for Supermania, you?
Posted by woobot at 5:14 PM 2 comments: 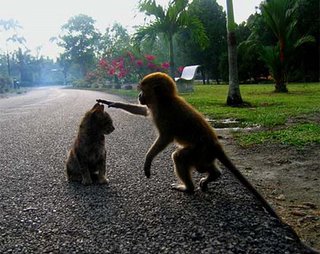 This is so sweet, the kitty and the monkey. Taken in Kuala Lumpur, Malaysia. See more pics at CityRag
Posted by woobot at 12:15 PM No comments: 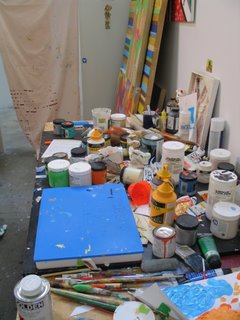 Artist Trading Cards is a cool concept... check it out. ATC are originals, small editions and, most importantly, self-produced. anybody can produce them.the idea is that you trade them with other people who produce cards, either at TRADING SESSIONS or wherever you meet another ATC trader in person. It is important that you meet other people in person to trade - i.e. it is ok to trade by mail or to participate in editions but the main purpose of this performance is the trading session and the personal meeting. It's not about money: participants in trading sessions and editions should not be charged any money: the point of the project is the exchange of cards as well as personal experience. There are monthly TRADING SESSIONS at different places (zurich, calgary etc. see EVENTS) and you can start your own Trading Session wherever you live. Click on the names on the right side to check out images of cards by artists, here
Posted by woobot at 11:21 AM 1 comment: 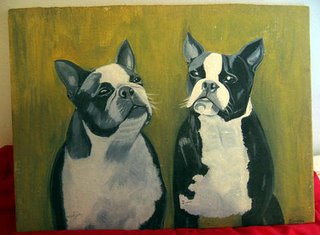 take a look images courtesy of swapatorium.
Posted by woobot at 10:59 AM No comments: 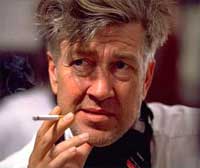 Well, this is intriguing ... as a promotional tool for digital film making tools DigiDesign.com is offering up a free DVD titled Room To Dream, featuring David Lynch talking about his use of digital tools on a recent project, with clips from that project included. DigiDesign is being very careful to not actually name the film Lynch is talking about, so there certainly is the possibility that it could be one of the projects developed specifically for DavidLynch.com but when you put the words 'digital project' and 'David Lynch' together right now that says 'Inland Empire' to me, and this promises both clips and behind the scenes footage. Did I mention it's free?
Posted by woobot at 3:45 PM No comments:

Are you a self motivated d.i.y entrepreneur with a message? Sure ya are...
Well then check out factory buttons, with reasonable rates as low as $23 for 100... you can get your
message out there.... go Buttons!
Posted by woobot at 3:14 PM No comments: 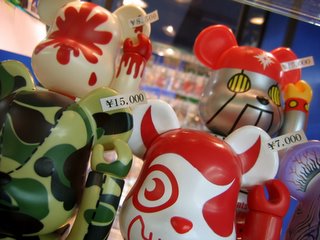 Jean Snow lives and breathes design and pop culture in Tokyo -- sustained by an unhealthy addiction to magazines and frequent visits to his favorites cafes. He has reported on these obsessions for the following online/offline publications: Gizmodo, Gridskipper, Tokyo Q, Superfuture, OK Fred, Arthur Frommer's Budget Travel, I.D. (International Design), and The Japan Times. He is also the editor of MoCo Tokyo, covering contemporary design in the city, and collaborates with the Swedish design outfit Next Century Modern. link
Posted by woobot at 10:47 AM No comments:

Can you spot the camouflaged person? link
Posted by woobot at 10:31 AM No comments: 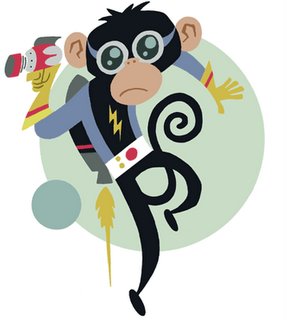 There are some great illustrations here, fun to look around. here
Posted by woobot at 10:29 AM No comments: 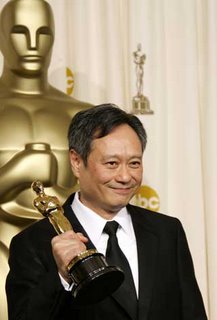 Did you know that Ang Lee is the first Asian to win Best Director in Oscar history... ! Pretty cool, and he seems like a really genuine and passionate filmmaker. Can you imagine, Kurosawa never won...!! Well, of course the Chinese press are celebrating Ang's win, even though he is from Taiwan. Whatever, I'm just happy he won. To read China Daily's piece on him, click
here
Posted by woobot at 10:07 AM 2 comments: 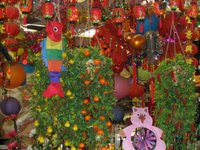 Not really sure how good this site is going to be... but it could be promising,
Virtual China is an exploration of virtual experiences and environments in and about China. It is also the focus of the 2006 Asia Focus research program at the Institute for the Future, a small nonprofit technology forecasting group in Palo Alto, California.
Posted by woobot at 9:57 AM No comments: 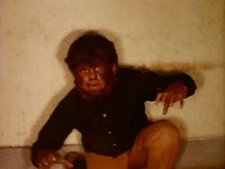 This looks like fun, check out the trailer for this DVD... Kids in wolfman make-up, can it get any better? Link
Posted by woobot at 9:48 AM No comments: 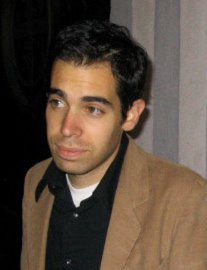 Well, how disappointing was that... I guess the Oscars can only go so gay... Giving Ang Lee the unenviable position of one of those rare best directors without a best film... hmmmm. Anyways, the best part of the oscars for me was the champagne cocktails... After awhile, I forgot all about Dolly Parton's creepy face and Jack Nickolson's sunglasses. But thanks to everyone that attended our party and made it fun. And our Oscar pool winner was none other than two time runner up, Dan Levinson. Good going Dan, and thanks for the classy job of buying Papa Johns with some of your winnings. And if you want to read about how the host, Jon Stewart, did check out this Hollywood columnist rating of Stewart's performance, by the way, she says he Bombed... But I thought he was hilarious... Whatever lets have Billy Crystal kiss everyone's ass for four hours every year, that's better right?
Posted by woobot at 9:19 AM No comments: 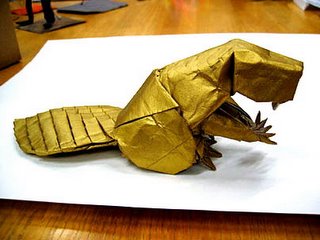 Check out some of MIT's brigthest and nerdiest... Click and enjoy the winning entries from the fourth annual juried Student Origami Competition The beaver, MIT's mascot, was submitted by Brian Chan, a graduate student in mechanical engineering. Go Brian! Link
Posted by woobot at 9:02 AM No comments: 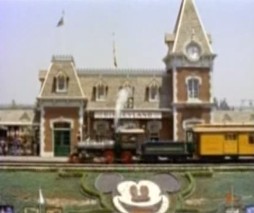 This is some Disney footage from a 1956 tour of the park. I like the narrator and how he introduces the audience to the "mechanical mule trains" that will take you to the entrance of the park. Is is just me, or do the fumes from the current "Tram" smell like some kind of toxic gas has leaked out and will most certainly give you brain cancer? Everytime I smell that I think, can't they get some kind of clean burning fuel...???!! But no... Instead, its like here's your dose of carcinogens, "Welcome to Disneyland!" Anyways, go back in time and check the clip out...here
Posted by woobot at 8:44 AM 1 comment: