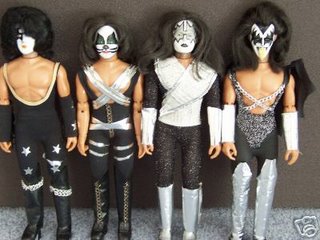 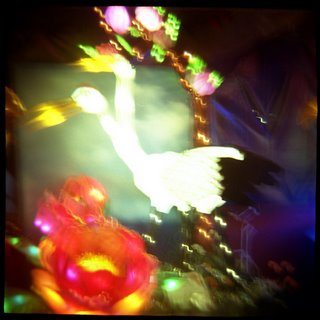 Here is a Flickr set of lanters in Taipai... quite nice link
Posted by woobot at 4:35 PM 1 comment: 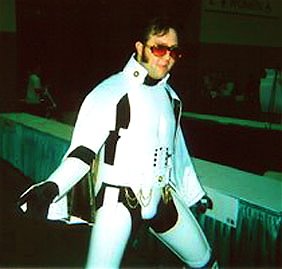 Posted by woobot at 1:14 PM No comments: 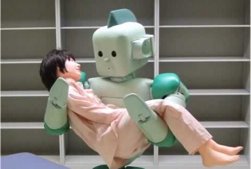 Wow! See, I said it would happen, Robots will become childcare - eldercare assistants in the near future... Perhaps someday your children will have a robot helper to teach your kid his/her ABCs...don't think so? Then read here: A Japanese-led research team said it had made a seeing, hearing and smelling robot that can carry human beings and is aimed at helping care for the country's growing number of elderly. The 100-kilogram (220-pound) robot can also distinguish eight different kinds of smells, can tell which direction a voice is coming from and uses powers of sight to follow a human face. For more, click it!
Posted by woobot at 9:32 AM No comments:

As we reach our early 20s and face the daunting challenges of real life, there are those who choose to embark on a career path and those who'd rather goof off with pals. And then, every so often, there's someone who sets out to do both. Set in Chicago, THE LOOP is the story of SAM, the youngest executive at the corporate headquarters of a major airline, and the first of his friends to get a real job.

Okay, so I have a friend who worked on this show, but I will admit, I enjoyed the premier a lot more than I thought I would. There is some very good writing turned in here, sharp humor that pushes the network boundaries... I thought some of the bits were genuinely funny and the story had a nice (unforced) resolution. Solid performances all around from the cast, with some definite eye candy in there. And Phillip Baker Hall and Mimi Rogers are brilliant! Hall is hilarious and is worth watching the show just for his portrayal of Sam's boss. All in all, check out this half hour comedy... I think you'll like it.
Posted by woobot at 8:37 AM No comments: 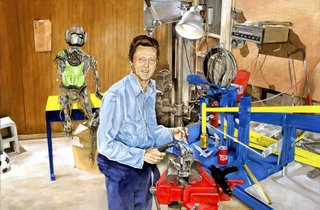 Strictly speaking, there's a definite strategy behind Brandon Bird's work... File under: Pop references with some decent painting skill... (the artist confesses he started painting six years ago) But I have to say, I like the work... Bea Arthur fighting Dinosaurs, Mr. T trekking past naked Giants, Christopher Walken building robots in the garage... All a little cheeky, but definitely worth a look, check it out here! Click on the image, to get a good view of CW...
Posted by woobot at 4:31 PM No comments: 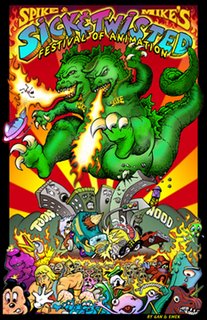 Do you like poster art? Then you're gonna love this site, lots of cool stuff!
Posted by woobot at 2:15 PM No comments: 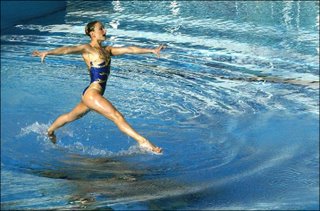 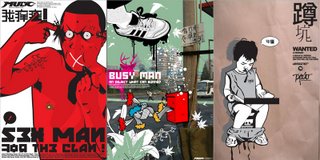 This artist is an advertising student at Beijing University. He's got some great shirts, with text that really doesn't make any sense... quite nice, check out some of his designs here
Posted by woobot at 8:10 AM No comments: 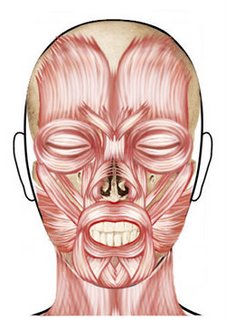 This is a great site whether you are an aritist or not. It is a facial Anatomy site, that allows you to learn how the muscles in the face work together. There is even a feature (Level 2) where you can manipulate the face to smile, frown, laugh, etc. This is really interesting, and interactive. You also have the option of a "schematic model" and a "naturalistic model"... either way, there's a very good creep factor here.
Posted by woobot at 7:58 AM No comments: 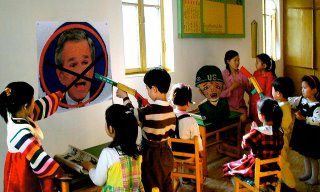 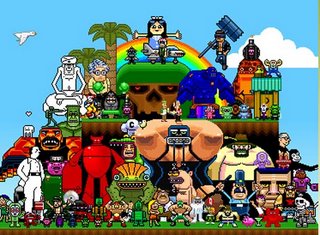 "Somewhere between punk rock and lollipops"... Checked out this site, and found the "streaker game"... good clean fun! Check it.
Posted by woobot at 8:24 AM No comments:

Kenji Hirata's is a New York based painter from Nagasaki, Japan who's work is inspired by nature, and who's work also has strong reference to the vibrancy of Jamaican dance hall sound systems, the billboards and hand painted signage of Southeast Asia, sci-fi futurism and the structure of H.R. Geiger.>>>> I'm not entirely impressed with this work, and I hate all the references listed as inspiring his work (Jamaican Dance Hall sound systems-wtf!), but you be the judge... woobot, out!
Posted by woobot at 8:05 AM No comments: 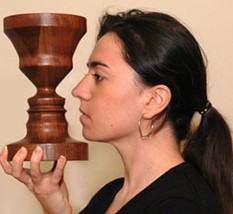 Not sure what use this is, but I found it oddly alluring... which brings up the question, how does my profile look? It would be funny to get one of these and find out you look like a cro-magnum from the side. Here's some details: "At Turn Your Head, we fill the space between two opposing profiles of your face. By spinning that space into a three dimensional "visage" that follows the outlined silhouettes of your two profiles, we create the "Pirolette". Place the "Pirolette" to your face and it will match your profile. Locate it near a wall and the shadow of the "Pirolette" will be your silhouette. Your profile captured forever in an object of art. An optical illusion of shadow and light, each one unique because it's you!" link
Posted by woobot at 7:44 AM No comments:

The Filth and the Fury

Did you know that the Sex Pistols are being inducted in the Rock and Roll Hall of fame today... But no, the Pistols won't be attending, instead they told the organizers to "piss off". Check out this link for their official response. And if you we're in LA on Friday you would of heard a great interview by Steve Jones with John Lydon, classic stuff. Also, I highly recommend watching "the filth and the fury" a great documentary about the Pistols that goes beyond the media hype of the band and sets the social and politcal climate that the band came out of. the film
Posted by woobot at 2:41 PM No comments: 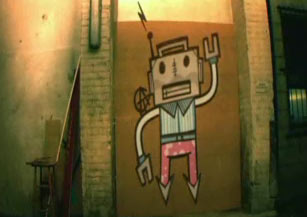 This is a cover song of the Radiohead song "Just", sung by Alex from Phantom Planet, with some cool animation. Take a look. link
Posted by woobot at 8:26 AM No comments: 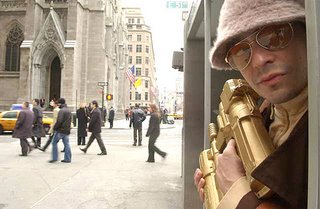 Remember that movie Gotcha! Well, the real thing is in NY and now LA, check this out... Franz Aliquo, co-founder of StreetWars: Killer, a water-gun assassination game, gets into his role on 5th Avenue in New York. The equities lawyer started the game two years ago to alleviate boredom. A Los Angeles game was to begin today. Street Wars LA Times article
Posted by woobot at 8:00 AM 1 comment: 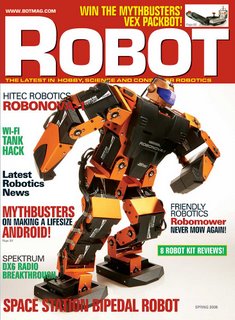 For the true enthusiast, Robot magazine, the premier magazine for the latest hobby, science, and consumer robotics.
Posted by woobot at 7:56 AM No comments: