Save the date because Woospace fave, artist Sush Machida Gaikotsu, is having another solo show at Western Project, May 6th. This new SMG image really makes me stoked to see the rest of the show. So save the date and come check out Sush's work @ Western Projects 3830 Main St. Culver City. Show opens at 6. See you there.
Posted by woobot at 8:59 PM No comments: 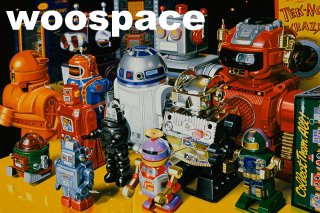 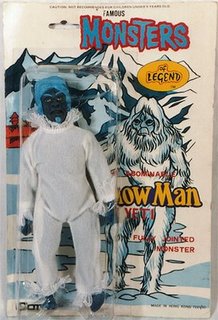 Posted on Bubblegumfink are some bitch'n toys that feature bigfoots, check it out here
Posted by woobot at 1:31 PM No comments: 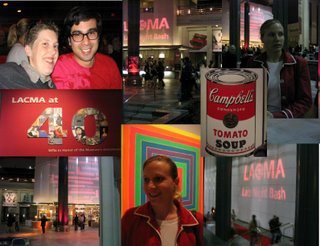 The Los Angeles County Museum held their late night bash last night and the turn out was crazy. It's LA so I guess I shouldn't be surprised, but hundreds of people lined up around the block to "party" at the museum. It was free to get in, but the drinks were expensive, and I found it interesting how the county museum was trying to re-invent itself by creating a "hip" club atmosphere. But the reason why we went was to see a free screening of "Art School Confidential". Of course, a lot of the bits I was in were cut out, but I still managed to see myself two or three times. And I also ran into my friend Nicky, who plays the "angry lesbian", it was fun watching it with her, as she is heavily featured. Anyways, I think the reviews are wrong, "Art School" was really freak'n hilarious, especially if you've gone to art school. I recommend seeing it when it comes out May 5th.
Posted by woobot at 11:04 AM No comments:

Santino Rice, the defeated Project Runway finalist had a yard sale last weekend and LA Weekly reporter, Margaret Wappler covered the sale and wrote about it, click here to view.
Posted by woobot at 8:15 AM No comments:

Zi boy is a young Chinese guy, who wanted to travel abroad, but had no money, so he found a photoblog based in Brooklyn and finally got to see how the other half lives. He was so inspired he started his own photoblog, and now shares daily images of Beijing with the planet. There's some great images on his site, so go here to see his site and here to read an article about this young and innovative photographer.
Posted by woobot at 4:49 PM 3 comments: 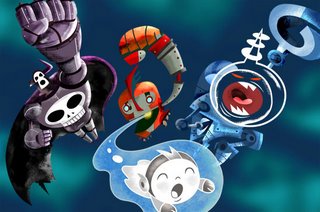 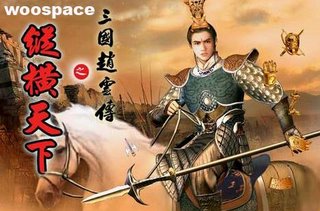 Posted by woobot at 8:23 PM No comments: 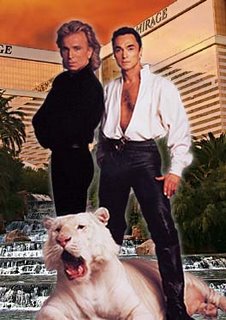 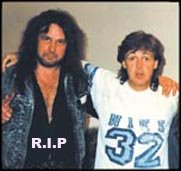 Siegfried and Roy attended a memorial for the late German artist, Juergen Aldag. Aldag had a long time relationship with the two magicians and was also very close to the German rockers, The Scorpions. At the memorial, Roy told fans, "Dont worry, the magic's back!"
Posted by woobot at 7:47 PM 3 comments:

I'm sure you've all heard about the Sam Jackson "Snake/Plane/Thriller" but have you seen the blog? Motherfuck'n Snakes!
Posted by woobot at 6:37 PM 1 comment: 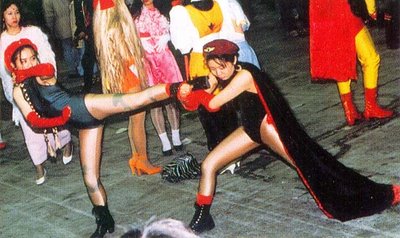 I just learned about this thing called Cosplay, where fans of Manga and video games dress up as their favorite characters. Well, it seems to be an interesting group, for more images click here! Note - some of these images appear explicit, even though they are cartoons. **the cosplay girls are below the Anime**
Posted by woobot at 4:51 PM 2 comments: 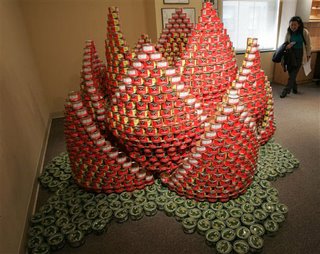 A friend of mine told me about these, I think they're done in some way to raise money/awareness surrounding hunger issues. Maybe they donate the cans afterwards, which would be cool I guess, if you like Tuna and Dolmas. Some of these are incredible, check it out here
Posted by woobot at 4:18 PM No comments: 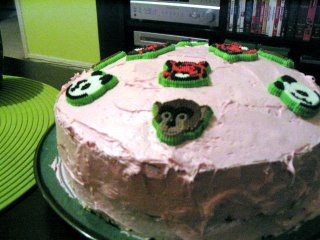 Recently, we decided to bake a cake for the hec of it, this is what we made.
Posted by woobot at 1:12 PM 4 comments:

China Daily is reporting that Jet Li is being sued by the family of Hou Yuanjia, the famous kung-fu master Li portrays in his upcoming movie, Fearless. For more click here
Posted by woobot at 10:41 AM No comments: 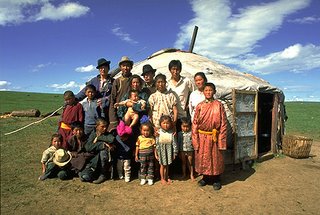 For those that don't know, Woospace is really Huspace... as that is the correct spelling and pronunciation of my last name. Hu is an ancient Mongolian name, and now, via the internet you can see these beautiful people in their native lands. link
Posted by woobot at 5:50 PM 2 comments: 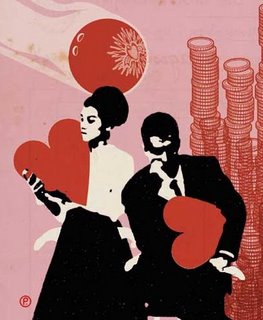 Here is a fine Spanish illustrator, with some cool work, check it out here and enter the world of Pep
Posted by woobot at 7:53 AM No comments: 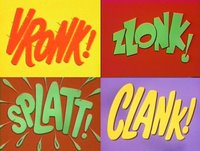 Check out these cool title cards from the TV show, Batman... EEee-Yow!
Posted by woobot at 7:44 AM No comments:

I got Knocked Up 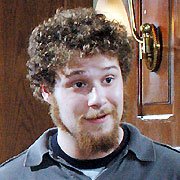 Sorry, my posting has suffered but I have just started a new show, Knocked Up from Judd Apaptow, the writer/director of forty year old virgin. It seems that his new one picks up where his last one left off... sex. Seth Rogen will play the lead who gets a blind date pregnant. Check out this article for more.
Posted by woobot at 7:31 AM 1 comment: 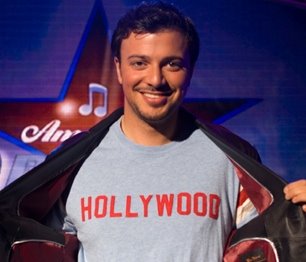 April 21 is the realease date of American Dreamz, but in the meantime you can learn about the contestestants here! I suggest checking out Omer's page... I'm rooting for him.
Posted by woobot at 7:21 AM No comments: 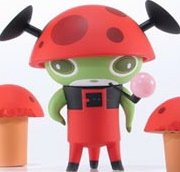 Here is a cool little toy named Naal. He comes complete with a complement of accessories for both his Action Hero and Mushroom Lover forms, including 2 separate helmets, arms and pipes, as well as 2 mushrooms and a small family of shroom-spiders. link
Posted by woobot at 5:56 PM No comments: 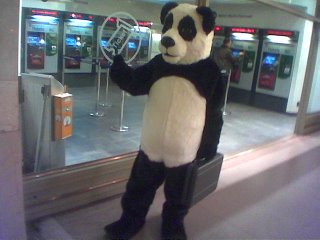 Chinese micro-painter Jin Yin Hua has painted an image of a giant panda on a single human hair. link
Posted by woobot at 5:37 PM No comments: