Just discovered this really cool music site, its got a great look and detailed reviews.
Check it out... NOW!!
Posted by woobot at 4:36 PM No comments:

Just a wee bit of fun 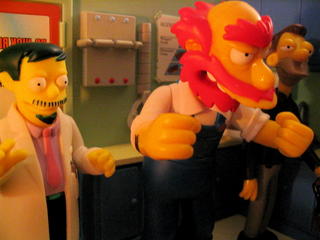 So your a fan, but you've never gone to the site, right? Well you must correct this pronto . Have a donut for me.
Posted by woobot at 1:33 PM No comments:

Interested in Japan? Want to know what a Love Hotel is all about. Want to see funny pictures? Then go here
Posted by woobot at 12:56 PM No comments: 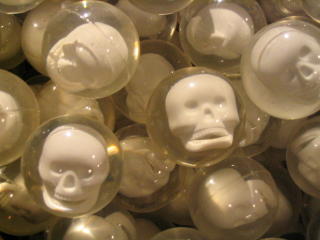 Thought this was an interesting photo I took, does anyone dare guess where?
Posted by woobot at 12:50 PM 1 comment:

The Aristocrats are coming! Starting today, you too can hear the "dirtiest joke ever told"...Perhaps as a response to the current political climate, and all the controversy created by Janet Jackson's Booby Pop out Super Bowl moment, film makers Paul Provenza and Penn Jillette have decided censorship sucks! So they are giving us a little something to laugh about and to think about. Do yourself a favor and watch the trailer.
Posted by woobot at 8:43 AM No comments: 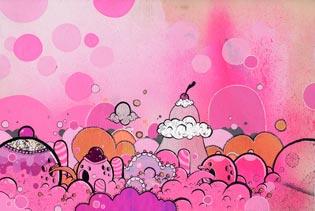 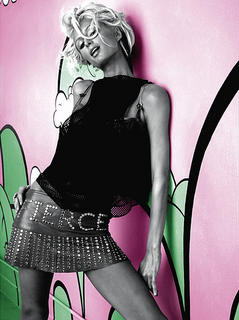 Random, an LA "street artist" and acquaintance is doing well.
His mural will be shown on the walls of the Hotel des Art in
San Fran, beginning Aug. 3 and even Paris wants to snuggle
with buff monster.
Posted by woobot at 4:55 PM No comments: 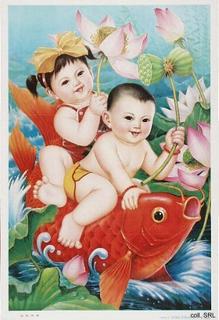 If only we could all be this happy riding Carp .
Posted by woobot at 3:46 PM No comments: 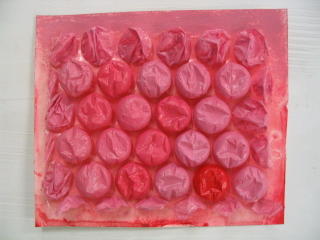 Frustrated...I looked around my studio for inspirtation.
Posted by woobot at 3:43 PM 2 comments: 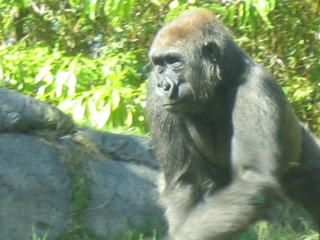 I took this shot at the San Diego Zoo. I have always loved Gorillas ...they make me sad when they are behind bars. You can tell they are sentient beings, and are bummed out about being held captive.
Posted by woobot at 3:40 PM No comments: 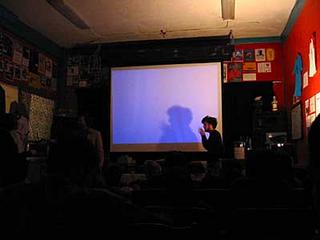 Last night went to a cool venue called The Echo Park Film Center... This place reminds me of a smaller cities effort to create community art/film awareness (refreshing in a BIG city). There is a great bookstore 33 1/2 books and an art gallery and a coffee shop. If you get a chance check it out...it's at Sunset and Alvarado. 1200 N. Alvarado street or check their site out. I caught the Free Form Film Fest. This little festival packed quite a punch, check them out if you like experimental film.
Posted by woobot at 11:44 AM No comments: 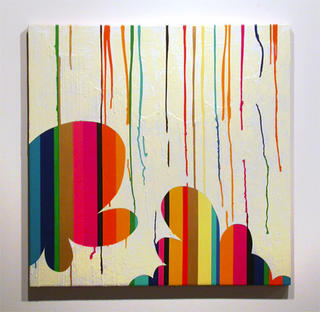 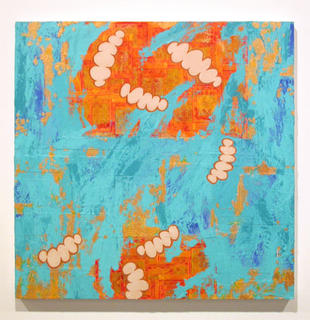 Two more paintings...
Posted by woobot at 9:33 AM No comments:

Have you ever been interested in making visual art?

DH: I made one painting in high school: a portrait of Miles Davis’ band that I copied off an album cover. Having completed it, I decided that, if I planned to continue painting, I would need to own more than one brush. This seemed excessively prissy to me, so I quit. The truth, however, is that I don’t make visual art because I like visual art in ways that most artists don’t. Most artists—or rather most good artists of my acquaintance—are permanently dissatisfied with the selection of art that the world has to offer, just as I am permanently dissatisfied with the selection of criticism the world offers up. Existing works of art may intimidate my artist friends and challenge them on occasion, but other people’s art rarely pleases them or interests them in the way it pleases and interests me.
Posted by woobot at 4:23 PM No comments:

Found on the Ground 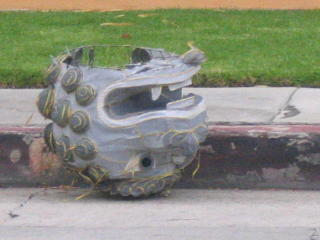 Found at Beverwill and Pico at 7:32 a.m. Not sure what happened here. But there are no Chinese restaurants at this intersection.
Posted by woobot at 10:45 AM No comments:

Rebecca shows at LA Louver, the same gallery that shows David Hockney. She recently graduated from UCLA. She is preparing for a solo show in September. More images at Rebecca Campbell
Posted by woobot at 9:08 AM No comments: 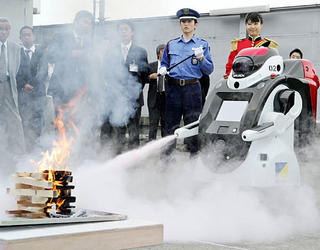 In an idea straight out of science fiction, robots could soon begin patrolling Japanese offices, shopping malls and banks to keep them safe from intruders. Equipped with a camera and sensors, the ''Guardrobo D1,'' developed by Japanese security firm Sohgo Security Services Co., is designed to patrol along preprogrammed paths and keep an electronic eye out for signs of trouble.

The 109-cm tall robot will alert human guards via radio and by sending camera footage if it detects intruders, fires or even water leaks. Such robots are vital from a business standpoint when considering Japan's aging population, Sohgo Security said. ''In the near future, it is certain that securing young and capable manpower will become even more difficult ... and the security industry will feel the full brunt of the impact,'' the company said in a statement. Around one in five Japanese are now 65 or over and the proportion is expected to rise to one in three by 2040, according to government data. Sohgo Security is negotiating with several clients, and after a trial run hopes to begin offering a robot-assisted security system within a year, the company said.

Pricing has yet to be decided.

China plans to take semen from pedigree pigs on its second manned space mission to study whether exposure to outer space alters the genetic make-up of the sperm, state media said Sunday. Only their second time in space and someone in the Chinese government was like, "we have to take the pig sperm!" Brilliant.
Posted by woobot at 8:32 AM No comments:

Dogs Rounded Up for Killing at Disney's Hong Kong Park

Raising the question what would Pluto and Goofy think?, Hong Kong Disneyland personnel have been rounding up stray dogs at the soon-to-open theme park and killing them. The South China Morning Post reported today (Monday) that about 40 dogs, which had been used as "unofficial guard dogs" by construction workers while the park was being built, had been abandoned once the workers left and posed a "safety threat." But animal rights activists in the city have protested that Disney should have made a greater effort to find homes for the dogs. Noting that the dogs were "friendly and healthy," Sally Anderson of Hong Kong Dog Rescue said in a letter to the editor: "A company like Disney surely has some sort of moral obligation to take care of the dogs that have been used on their site as guard dogs. It's disgraceful that these dogs are simply thrown away like garbage."
Posted by woobot at 2:53 PM No comments: 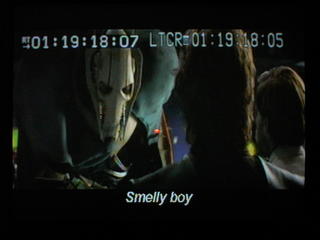 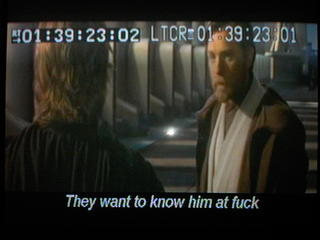 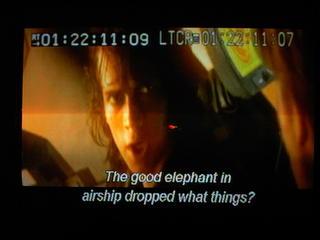 These pretty much speak for themselves...these really are "Chinglish" gone WILD!
Smelly Boy???
Posted by woobot at 2:35 PM No comments: 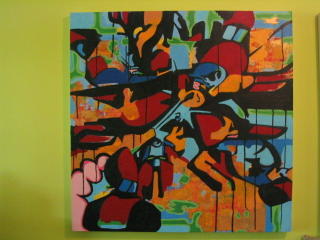