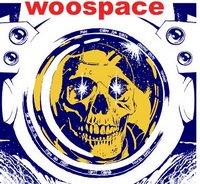 Posted by woobot at 3:17 PM No comments: 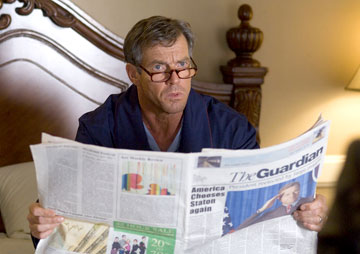 Okay, so this weekend the Paul Weitz political satire, American Dreamz, opens wide. Go check it out and look for my painting (the cloud-like colorful one) on the back of the President's (Dennis Quaid) newspaper. Look for it in the film, on the big screen you can't miss it...
Posted by woobot at 9:01 AM No comments: 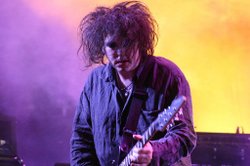 Posted by woobot at 8:26 AM No comments: 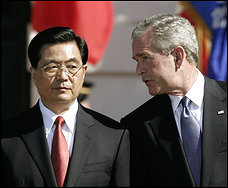 From Bush's welcome speech on the South Lawn yesterday. "The United States and China are two nations divided by a vast ocean, yet connected through a global economy that has created opportunity for both our peoples." Is it just me or what? But the beginning of that speech sounds like a Ninth grade report on China... "divided by a vast ocean"... Lame, and how bout that image, looks real cozy right? Read the whole speech here
Posted by woobot at 8:15 AM No comments: 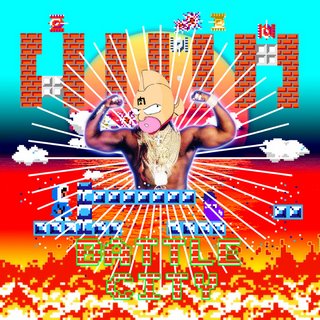 Behold the power of artist, Kenneth Hung. There's a lot of goodies in there, ripe for exploration. KH
Posted by woobot at 2:42 PM No comments:

Our locations team went "scouting" LA area amusement parks, and I thought these were some nice panaromic shots. Click on the image to really feel the fun. Included are images of Castle Amusement Park, Santa Monica Pier: Pacific Port, and Knotts Berry Farm... fyi putt-putt rocks!
Posted by woobot at 1:59 PM No comments: 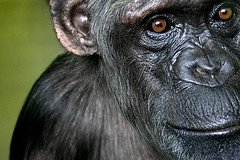 I've always loved Chimpanzees, look at that expression in "sally's" face... beautiful. link
Posted by woobot at 11:42 AM No comments: 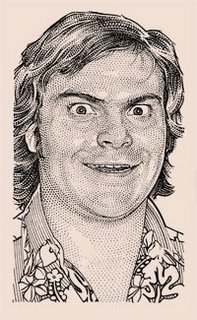 You may have seen Randy's work in the Wall Street Journal, he is the master of "stippling"... I remember in Hight School my teacher gave us a stippling assignment... trust me, it takes a lot of dots! link
Posted by woobot at 9:57 AM No comments: 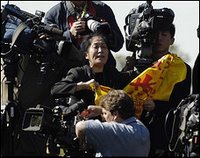 Uh oh... Hu Jintao got screamed at by a protester for the Falun Gong. Not a good way to start his Washington "lunch", what Bush is too busy to welcome Hu to a head of state dinner, apparently so. China "must know that this Bush administration is good at controlling crowds for themselves, and the fact that they couldn't control this is going to play to their worse fears and suspicions about the United States, into mistrust about American intentions toward China." full story
Posted by woobot at 8:27 AM No comments:

These are for die hard collectors, but they're fun to look at. Really nice sculpts, they even have Ace's acne scars under the make up! But way too rich for my blood, coming in at $250 a pop. Kiss
Posted by woobot at 2:50 PM No comments: 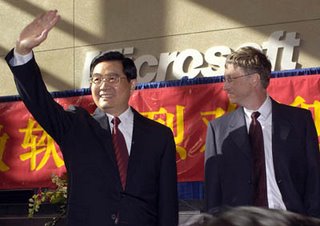 As you may know, Chinese President, Hu Jintao is in the U.S. conducting a U.S. China summit. But first he flew into Seattle, Washington and met with the man with real power for the Chinese people, Mr. Computers himself, Bill Gates. Hu also apparently assured Mr. Gates that he would be tough on software piracy...(yeah, right). Any ordinary Chinese person can buy pirated software from eight year olds smoking cigarettes in a back alley...o.k. not really, but it is VERY easy to get a pirated copy of just about any program. Anyhow, I'll be keeping watch on Mr. Hu's visit... Thursday he'll be in Washington D.C. and meet with "Xiao Bush". P.S. Look how enthused Gates looks in this picture... full story Also noteworthy, MSNBC has two interesting, yet opposing stories up. The first is titled War of Wills which is one of those doomsday articles about a new cold war brewing and the other is titled Hu promotes deepening U.S.-China ties
Posted by woobot at 12:01 PM No comments:

...In just 4 easy steps! This is a curious thing, a chinese painter will paint your likeness into a classic chinese socialist poster...The final image there is a one of a kind painting... I think this would be a great surprise gift for the hero in your life! check it
Posted by woobot at 10:37 AM No comments:

Advertising photographer Carl-Johan Paulin has some big accounts, its kinda fun to scroll through and see the hits and misses, I was so tempted to put the Diesel ads up, but decided I couldn't stand looking at that creature for the week. You decide here.
Posted by woobot at 8:53 AM No comments: 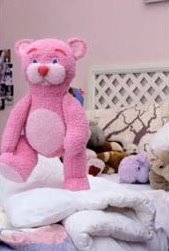 Short art piece starring a pink bear and a girl who loves pink. Watch the short here
Posted by woobot at 8:36 AM No comments: 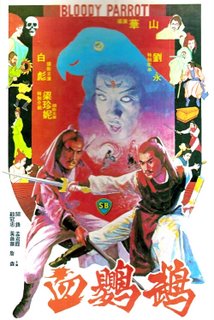 This might be my new favorite link, it's a gallery of movie posters from the Shaw Brothers... This is like a treasure trove of images... I will have to post several of my favorites, but for now, enjoy the poster for... "Bloody Parrot", now that's a movie title! kick butt link
Posted by woobot at 8:11 AM No comments: 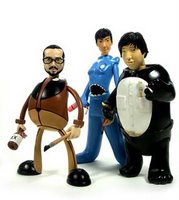 These are fun, artist Mike Leavitts' has created his own "Art Army" which is a group of handmade action figures of "well known" contemporary artists. Even if you don't know the artists, they are still great to check out. A lot of the figures are inspired by the artist's work, dig it. link
Posted by woobot at 1:05 PM No comments:

"Recognizing that some city planners lost their damn minds"... Some of these are great, personal faves, "Butt Hollow Rd", "Smoke Rock Drive", and of course, "Shades of Death Road". Just scroll down the page and enjoy, and you can also add to the list if you know of any. link
Posted by woobot at 10:03 AM No comments: 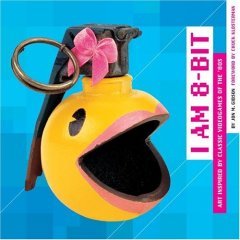 The new edition of I AM 8-BIT ("an art show inspired by videogames from the '80s") opens tonight at Gallery 1988 (7020 Melrose Ave, LA, CA 90038) from 6-11pm. For those that can't make it, be sure to pick up a copy of Jon Gibson's just-released book I AM 8-BIT, which includes artwork from both last year's show and the new show. book And there's also
gallery details
Posted by woobot at 9:51 AM No comments: 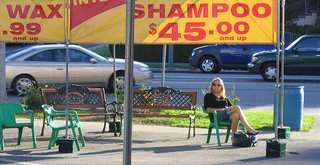 I pass this car wash everyday and wanted to share this pic.
Posted by woobot at 8:14 AM 1 comment:

Did Kurt Cobain die because he misread a poem?
Posted by woobot at 12:47 PM No comments:

Sick of being vegan?

Here's a funny short, spoofing all those burger commercials catering to "manly" men. It's a mock commercial for the "Chubby Vegan" where vegan's can get their food groove on. link
Posted by woobot at 12:00 PM No comments:

Song of the Harvest Grain!

"As Google Inc formally opened its engineering centre in Beijing Wednesday, the Internet search giant also gave itself a Chinese name. Trying to make it easier for Chinese people to use its services, and in turn capture more users, US-based Google said it would also go by the name Gu Ge, which means "song of the harvest of grain." read more
Posted by woobot at 10:29 AM No comments: