A call to filmmakers 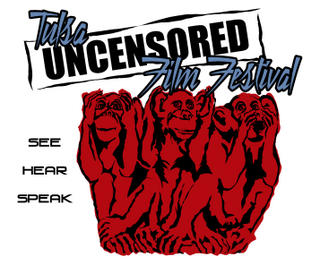 Tusla UNCENSORED Film Festival (TUFF) was created as a venue for local filmmakers to be able to screen their work. The name derives from the fact that we don't "CENSOR" anyone's work but as submissions grow we obviously can't screen them all. However we do have plans to move TUFF 4.0 to a multiplex theater which would allow us to show more films as well as give the audience choices as to what they want to see. Something new with TUFF 3.0 is that we're now taking films from all over the country and the response has been amazing. We figured why not reach out to more filmmakers who are trying to get their work screened and also help expose the audience to more thought provoking films from all over.
Posted by woobot at 5:30 PM